← more from
Mystery Circles
Get fresh music recommendations delivered to your inbox every Friday. 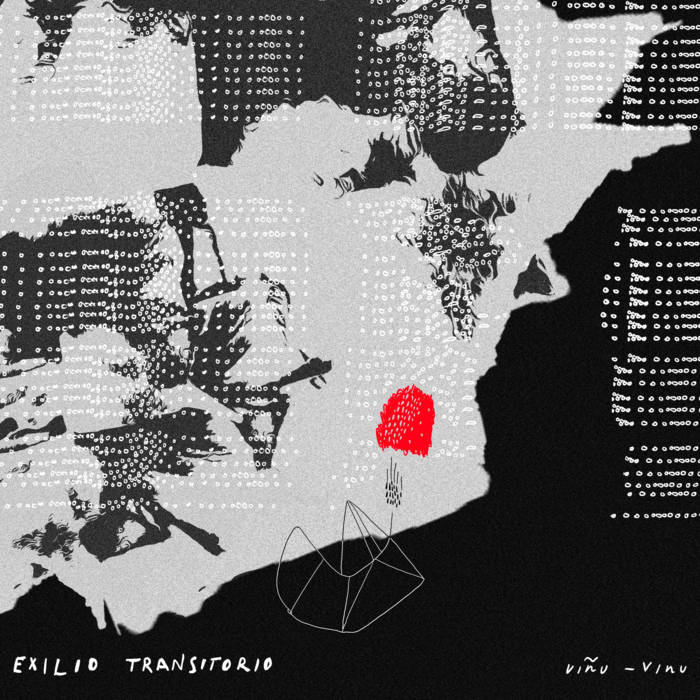 Wiklow Fantastic new territory for the talented viñu-vinu. Somehow I get the feeling this is just the beginning to a new level of expert compositions and productions from this talented artist.

Fav track is "Hombres De Armas" because that haunting melody and groove are just spot on.

Julián Muro I love Gabriel Viñuela's playing in this tune, and it brings beautiful memories of our days at The Banff Centre. It's been such an honor to be a part of this record! Favorite track: Recuerdos a la Libertad.

"viñu-vinu is my electronic music alias. The name viñu-vinu pays homage to my Chilean heritage and comes from the Francization of my father’s last name: Viñuela to Vinuela. On my previous two releases (Encounters, 2017, and Echoes from Afar, 2019) I started a musical exploration of origin, identity, changes, evolution and human relationships to my surroundings and nature. In this new album Exilio Transitorio I’m pursuing this quest further. Exilio Transitorio was inspired by a book of poems that my father, Francisco Viñuela, wrote after his exile from Chile during Pinochet's coup d'état in 1973. The poems, written in Spanish and French, relate his exile from his country, and initiate a humanist reflection on the devastating effects of totalitarian regimes and political wars. Created as a cinematic journey, Exilio Transitorio serves as a soundtrack honoring my father’s book. It is meant to inspire deep reflection in the hope that we do not forget these events and find a better world.

I was an artist in residence with le Centre d'Expérimentation Musicale for two weeks back in March 2019 where I wrote the core compositions and started the production of the music. I worked individually with the artists of the centre to create and rehearse a show that would become the backbone of what Exilio Transitorio is today. The hybrid creations that came out of this process are dynamic and varied, blending electronic music with a six-piece acoustic band, jazz harmony, improvisations, and poetry in a unique and emotional way. Later that same year, I had the opportunity to participate in a six-week artist residency at the Banff Centre for Arts and Creativity. That’s where most of the final production and mixing of the album took place. In Banff, I was also really lucky to meet Julián Muro, an Argentinian musician, singer-songwriter, composer and poet, who graciously agreed to spend some time in the studio with me and record some of the poetry in Spanish. Like the journey that led to the creation of this project, this final iteration of Exilio Transitorio finds its way between light and darkness, melodicism and experimentation, ambience and groove, desperation and hope."

Julián Muro - voice
Recorded at the Banff Center for Arts and Creativity in November 2019.

Thanks to Florafone Records and Mystery Circles for the support and for joining forces to release and distribute this record.

Bandcamp Daily  your guide to the world of Bandcamp